Home Tech Why Handing a Smartphone to Your Kid is a Bad Idea? 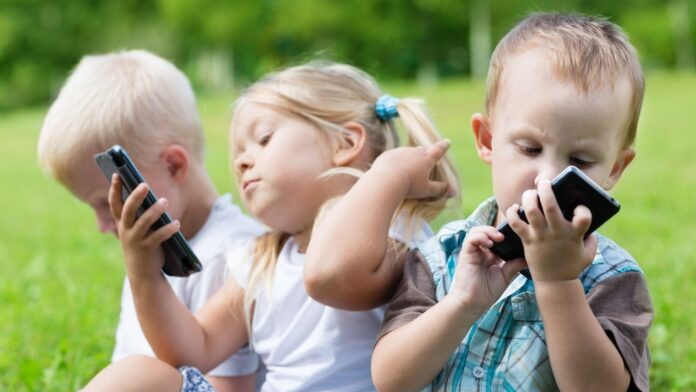 Certainly, technology has made our lives easier and much more efficient. Just with a single tap on our smartphone screens, we can carry out multiple important tasks. Yet as a parent, you have every right to be concerned about the impact that smartphones and other digital devices can have on your kid.

We are living in a digital era where almost every individual holding a smartphone. The same goes for our kids. The use of smartphones among kids has become widespread. Even if you hesitate to hand a smartphone to your kid in the beginning, they will constantly demand one and tire you out with incessant pleas until you get them one.

Instead of giving in to your kid’s demand, it’s better to wait for some time. While your kid may obtain several benefits from a smartphone, as a parent, you shouldn’t forget about the negative impact it can have on your kid’s growth. You may get the best parental control or even a cell spy app to monitor their smartphone activities, but you cannot keep them from getting addicted to this technology.

Below, we have explained a few reasons handing a smartphone to your kid at a young age can be a bad idea. Let’s discuss them briefly.

Despite the smartphone being convenient and making your lives easier, it can affect the relationship that you share with your kid. Surely, smartphones can help your kid make instant connections with someone but they cannot replace the genuine connection which you as a parent share with them.

No matter how older they become, kids will remain kids for their parents. They are constantly passing through a period of growth and they need their parent’s guidance at every step of life. Smartphones may help kids get instant answers to a question but they cannot help them make better choices in the long run. For that, parents need to take over.

According to a recent study, only 61% of kids are reportedly using privacy settings on their social media accounts and 52% of them forget to turn off their location or GPS services. This eventually leaves their locations visible to strangers on the internet. The same study revealed that around 14% of kids share their home addresses with everyone online.

Even if you warn your kids from sharing their personal information on the internet, there’s a high chance they haven’t listened to you and posted all the details about themselves online including their contact numbers and home addresses. They may have also not enabled privacy settings on their social media accounts despite you telling them to do so.

The majority of the kids hide online activities from their parents and prefer keeping their online lives private from everyone. There is no point getting your kid a smartphone if they are not going to do anything about their online privacy.

A new study revealed that the use of a smartphone during bedtime can affect your kid’s sleep pattern. Most kids have the habit of using their smartphones during bedtime. They spend time on their devices playing games, chatting with friends, and scrolling through their social media feeds.

While doing so, they use the smartphone until the wee hours of the night, thus disrupting their sleep routine. It’s important for your kid to get plenty of sleep so their brain can get some rest and be prepared for the next day’s activities. If they continue using their smartphone until late at night, they won’t be able to get enough sleep and this will lead to more fatigue.

Handing smartphones to kids at a younger age means making them addicted to this technology. When kids spend long hours before their phone screens, they eventually become addicted to them. The smartphone offers plenty of exciting activities to the kids and keeps them engaged as long as they want.

This type of addiction can harm your kid’s overall development. If kids become too much addicted to smartphones, they might not want to spend their time anywhere else. Instead of focusing on other physical activities, they would prefer spending time on their smartphones. That is one of the reasons why kids should not be given smartphones.

Many health experts have suggested that the use of smartphones cause several mental health disorders among kids. Depression, loneliness, and anxiety are some of the common mental health problems caused by the smartphone addiction among kids.

Excessive use of smartphones can put a negative impact on a kid’s mental growth. It can impede their mental growth and cause them to have feelings of loneliness and anxiety. Several online dangers on the internet such as cyberbullying and online predating can also negatively impact your kid’s mental health. If kids are handed smartphones and left unsupervised, they can land in big problems.

It has also been studied that the use of smartphones can affect the academic performance of kids. They will eventually lose interest in studies if they are found too much engaged in their electronic devices. Many kids also suffer from poor grades because of smartphone addiction.

If you get your kid a smartphone, be sure to know that their studies are going to be majorly affected. They won’t take much interest in their schoolwork and find excuses to spend more time on their smartphones. Therefore, getting your kid is a bad idea, especially if you do not want your kid to maintain a bad academic record.

Exposes Kid to Cyberbullying and Other Dangers

Cyberbullying has become widespread on the internet. Gone are the days when bullies used to bully your kids in the school classrooms or playgrounds. With the advent of the internet and several social media sites, bullies have gotten the leverage to play with your kid’s emotions and insult them with embarrassing and hurtful messages.

Bullies can use online platforms to humiliate kids. Many kids suffer in silence and do not report cyberbullying incidents to their parents or teachers. This suffering may lead them to have feelings of anxiety, depression, and loneliness. It also leads them to have suicidal thoughts.

Apart from cyberbullying, kids may face several other harmful online dangers such as sexting, inappropriate content, online predators, hacking, etc. if they use smartphones. Many parents resort to monitoring apps and parental controls to monitor their kid’s smartphone activities and prevent them from cyberbullying.

If you have already handed a smartphone to your kid and are concerned about their safety on the device as well as on the internet, then you need to consider installing monitoring apps on their device.

How can I spy on a cell phone without installing software on the target phone? How can I monitor my kid’s smartphone without them knowing? If these questions are on your mind, you need to get your hands on a monitoring app that stays hidden on your kid’s device.

Parents usually consider installing spy phone apps on their kid’s smartphone if they feel their kid is hiding something from them. With a hidden monitoring app installed, your kid won’t come to know that you are secretly monitoring their smartphone activities. That way you can protect your kid from harmful online dangers.

Why is it important to get your laptop damaged Hardware to...

Why is it important to get your laptop damaged Hardware to...